​My daughter is imaginatively gifted.  I’ll be the first to admit that this was not a concept I quickly or easily picked up on.

Quite often I see children like my daughter, with parents who do not understand, their child's creativity ignored and left unsupported, berated for; “wasting time daydreaming," going off task, not sticking to the prompt, being inattentive, non-compliant, giving the "wrong" answer just because it was not the one answer the textbook said was right - in other words being berated for their inherently creative and divergent thinking mind.  Even though I've been there and understand the lack of understanding or awareness by these parents, I can't block out what I also know - what I learned the hard way- just how quickly things can go wrong when a gifted, highly sensitive and creative child's very essence is misunderstood, and left unsupported.  So, when I see these parents shut down their child’s imagination and creative curiosity, their questions to questions instead of answers, their enthusiastic sharing of facts, passions and interests, in lieu of staying on task – what I can't help but also see, is the light start to dim in their child’s eyes.  I can actually see it, and it hurts me in my heart every time.  What that dimming light represents is the fading away of their child’s self-esteem, their child-like wonder, hope and excitement about life and learning.

I want to help these parents understand. If they only knew the opportunities that were being missed by not listening, by not supporting their children's creative thinking.  The missed opportunity of that moment when your child is questioning, or when they are openly sharing with you who they are and what interests them, that is the moment - for highly imaginative and creative kids sometimes the only moment - they are open to input and learning.  I read about a new study recently, about how highly creative people's intellect only opens up or turns on when they are learning through what interests them. They actually have brain scans proving it.  With regular focused-based learning, like in school when the teacher says, “Here, I want you to focus on this now and learn it,” the intellect of highly creative people never even starts to open up, no movement, no possibility of learning or making important connections. Yes, they may be able to memorize the information for a time, but unlike other student who get to experience exhilaration or excitement as their senses and intellect awaken, for highly creative people, it never happens.  I thought, “Wow,” what a concept for parents and teachers of creative kids to pick up on, what an amazing tool they have to engage and excite, teach and support their children's creativity, through interest-based learning.

When I read about that study, I also thought about the outliers, the kids who just don’t seem to fit in. In school, the ones who have withdrawn into themselves, no longer connected to other students, school activities, and learning. What if all the outliers are just highly creative kids who aren’t able to learn the way they are being taught.  With focused-based learning being the primary mode of instruction in schools, the creative child may seldom experience the exhilaration of senses awakening, intellect increasing, and just the simple enjoyment of learning something new.  What better reason to withdraw, than the very essence of who you are being misunderstood, your thoughts, opinions and creative ideas shut down, not being able to learn the way others do, or to have the opportunity to develop or express all the creativity that is bottled up inside you waiting to burst out?  Be they an artist, a poet, an actor, a film maker, a fashion designer, YouTuber, video game creator, musician, singer or inventor, how alone, how frustrated and unhappy the highly creative and divergent thinking outlier must feel.  Unsettling, the thought that maybe our most gifted and creative minds aren’t even being given the opportunity to express or develop those minds just because they are a different kind of learner.

To be gifted in imagination or creativity, you MUST be a divergent thinker, to be a divergent thinker you have to be different.  Different – but not less.  Divergent thinkers are the inventors of this world, they think of the new, they are constantly looking for ways to create, invent, enhance, beautify, humor or improve - the insufficient, incomplete, normal or mundane. By redirecting our creative, imaginative children back to the prompt, or toward assimilation with the norm, we are shutting down the amazing gifts of creativity and imagination, in actuality the gifts of improvement and invention - and in doing so, shutting down any chance of ever discovering just what their full potential and contribution to the world might have been. 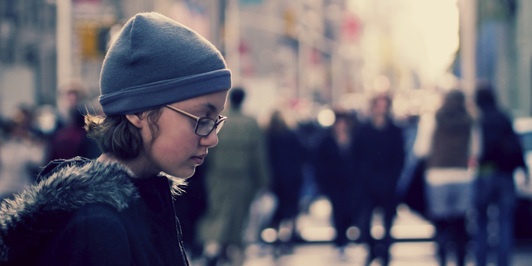 In support of the validity and importance of valuing our children’s creativity and imagination are two important theories:  The Theory of Multiple Intelligences and Polish Psychologist Kazimierz Dabrowski’s Theory of Positive Disintegration, more pointedly – his findings on the five types of “overexcitabilities” or “super-sensitivities” found in gifted children.

The Theory of Multiple Intelligences is a theory of intelligence that differentiates it into specific (primarily sensory) 'modalities', rather than seeing intelligence as dominated by a single general ability.  The eight multiple intelligences are:
Polish Psychologist Kazimierz Dabrowski identified five areas in which gifted children exhibit intense behaviors, also known as "overexcitabilities" or "super-sensitivities." They are psychomotor, sensual, emotional, intellectual and imaginational.  It is important to note, that the “super-sensitivities” are not only seen in emotional intensity and behaviors, but are also the very thing that gives the gifted individual their gift, or increased intellect or ability in a specific area.

Imagination or creativity as a gift, is seldom discussed.  Our most creative and divergent thinkers, our hope for the new and improved are often left unsupported, their gifts often seen of little value by some of the most important people in their lives, their teachers and parents.  To start supporting our creative learners, we must remember our two theories, the 1st being, The Theory of Multiple Intelligences; that there are at least 8 types of “smart,” one of them being visual-spatial intelligence which requires, “imagination…often daydreaming, and pretend.”  Many times we can find out “what kind of smart” our children are, just by watching them do what they love to do.  Take notice, and support them in doing what they love, find a way to teach them through it, and what you will have is an engaged student excited about learning.  What we learn through Polish psychologist Kazimierz Dabrowski’s five “overexcitabilities” or “super-sensitivities” found in gifted children - one of the five being imaginational - shows us that wherever there is an area of increased ability or intellect in a child, there is a gift that needs to be valued and supported in order for the child to reach their full potential.

So, the next time your child asks a question to a question, goes off prompt or off task, argues about doing things their own or a different way, don’t automatically assume that what you are seeing is a behavioral issue.  Instead, take some time to listen to them, ask them questions to help them delve deeper into their thoughts and ideas, listen to their reasoning, and their amazingly imaginative, creative and divergent mind.  When you do, you might just be surprised that the things they care about – what interests them enough to make them want to imagine and create the new and improved – are something of value and worthy of your support.